Happy to hear from you.

‘Office To Resi’ conversions may be pulled back? 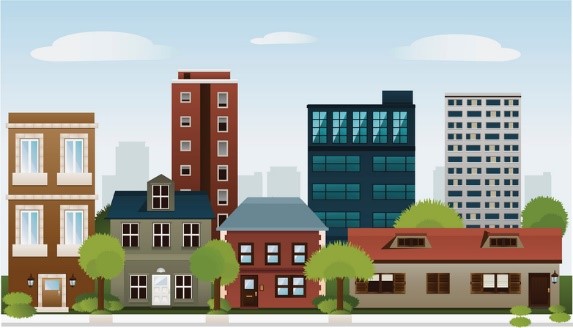 Are you a developer of ‘Office-To-Resi’ Conversions? Is the change of government likely to affect your business?

Permitted development rules which allow offices and industrial buildings to be converted into homes without planning permission would be scrapped under a Labour Government.

The Labour Party says it would change the rules and claimed they are leading to creation of ‘slum housing and rabbit hutch flats’ as permitted development schemes are exempt from minimum space rules.

It also pointed out that there are no requirements for developers on these kind of sites to build a certain percentage of affordable homes although the Government argues that the flats are aimed at those seeking to get on the housing ladder.

But Labour claimed that the policy had seen the loss of more than 10,000 affordable homes, and flats which are effectively just a few feet wide are now counted in official statistics as new homes.

‘This policy gives developers a free hand to build what they want and ignore what local communities need. Labour will give local people control over the housing that gets built in their area and ensure developers build the low cost, high quality homes that the country needs,’ said John Healey, Labour’s shadow Housing Secretary.

But the Federation of Master Builders (FMB) said that an alternative to properly resource what it described as a ‘chronically underfunded’ planning system would be needed.

‘If Labour is going to put more strain on the planning system by scrapping commercial to residential permitted development, it must also think carefully about how planning will be resourced,’ said Brian Berry, chief executive of the FMB.

‘Small and medium-sized house builders cite the planning process as the third greatest barrier to them increasing their delivery of new homes. Planning departments are chronically underfunded and we can’t ask them to do more without providing them with additional funding,’ he explained.

He hit out at Labour’s assessment of these kind of developments. ‘We mustn’t make permitted development synonymous with poor quality as it can have create really positive outcomes. In recent years, permitted development rules governing domestic properties have been relaxed, which has made it easier for home owners to extend their homes without having to go through the rigmarole of a full planning application,’ he pointed out.

‘These permissions have proved popular among builders and home owners alike. The reason being is that they give even more people the opportunity to add a bit more space, eight metres for a detached house and six metres for an attached house, to their home. In short, let’s not damn all permitted development,’ he said.

‘Surely we make use of permitted development regulations in a way that utilises these spaces without bringing to market tiny uninhabitable homes. This would have the added benefit of revitalising our struggling high streets across the country,’ Berry added.

‘We do completely accept the point that we must prevent rabbit hutch homes without windows being developed under permitted development. Tiny uninhabitable homes are not something the FMB would ever support. Small and medium-sized construction firms compete on quality and that’s at the heart of everything they do. We support Labour’s drive to reform permitted development to prevent low quality conversions and will work with them to achieve this,’ he concluded.

Powered by Elite IT Solutions